How Napoleon Would Have Invaded England 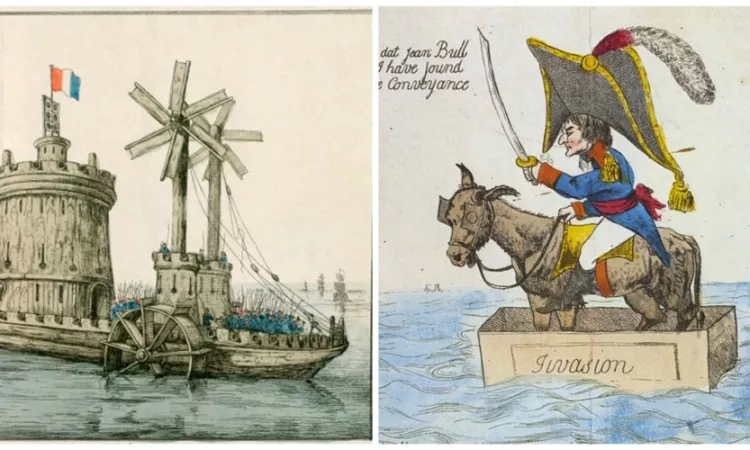 In the late 1790’s the British Empire had just said goodbye to the American colonies and watched the French populace rise up in a bloody revolution. Then the Brits were witnessing Napoleon seizing territory all over Europe and beyond, and were indeed right to think that the general could have his eye on the British Isles next. But as to how exactly the French troops would land on British shores, let’s just say that the Brits let their imagination run away a little bit.

The guys at History Buff have collected some related popular engravings of imaginary invasion methods dating between 1798 and 1805, when Napoleon’s troops seemed to be looming on the horizon. Thanks ufonaut Petak for the heads up (down?).

So what actually happened? None of the above. Urged on by fears of French innovation, the British government invested heavily in defense measures, including a number of forts and a massive naval blockade of the Channel. Napoleon’s attempt to piece together a big enough flotilla to break through the blockade ended up being a major flop.