Two Faiths One Prayer: Muslims and Jews Pray Together in LA 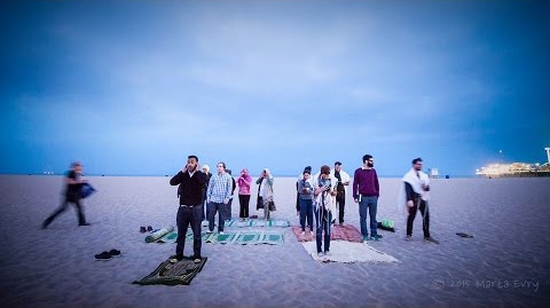 On a quiet California morning in May, a group of Jews and Muslims came together on a Los Angeles beach to pray, in an effort to show that peace is possible. Despite growing Islamophobia and Anti-Semitism in America and abroad, the two religions have more in common than meets the eye, including praying to the same G-d.

“We were just so surprised that we could do this together and it’s very similar,” said participant Maryam Saleemi. “It was kind of like an ‘Aha Moment’ that we’re praying to the same God, why aren’t we doing this all the time together?”

The day of joint prayer was part of an initiative called Two Faiths One Prayer, which guided the group of 20 Muslims and Jews to five different public spaces across the city on May 3. The group traveled together on public transportation and had plenty of opportunities to find common ground. And that common ground is exactly what practitioners of different religions would need in order for peace in our world to come.