Which Dictator Killed the Most People in History

Wow, I thought Stalin would be No. 1 but apparently that’s not at all the case. 1 blood drop represents 1 million souls, and someone here has got 78… (click to enlarge) 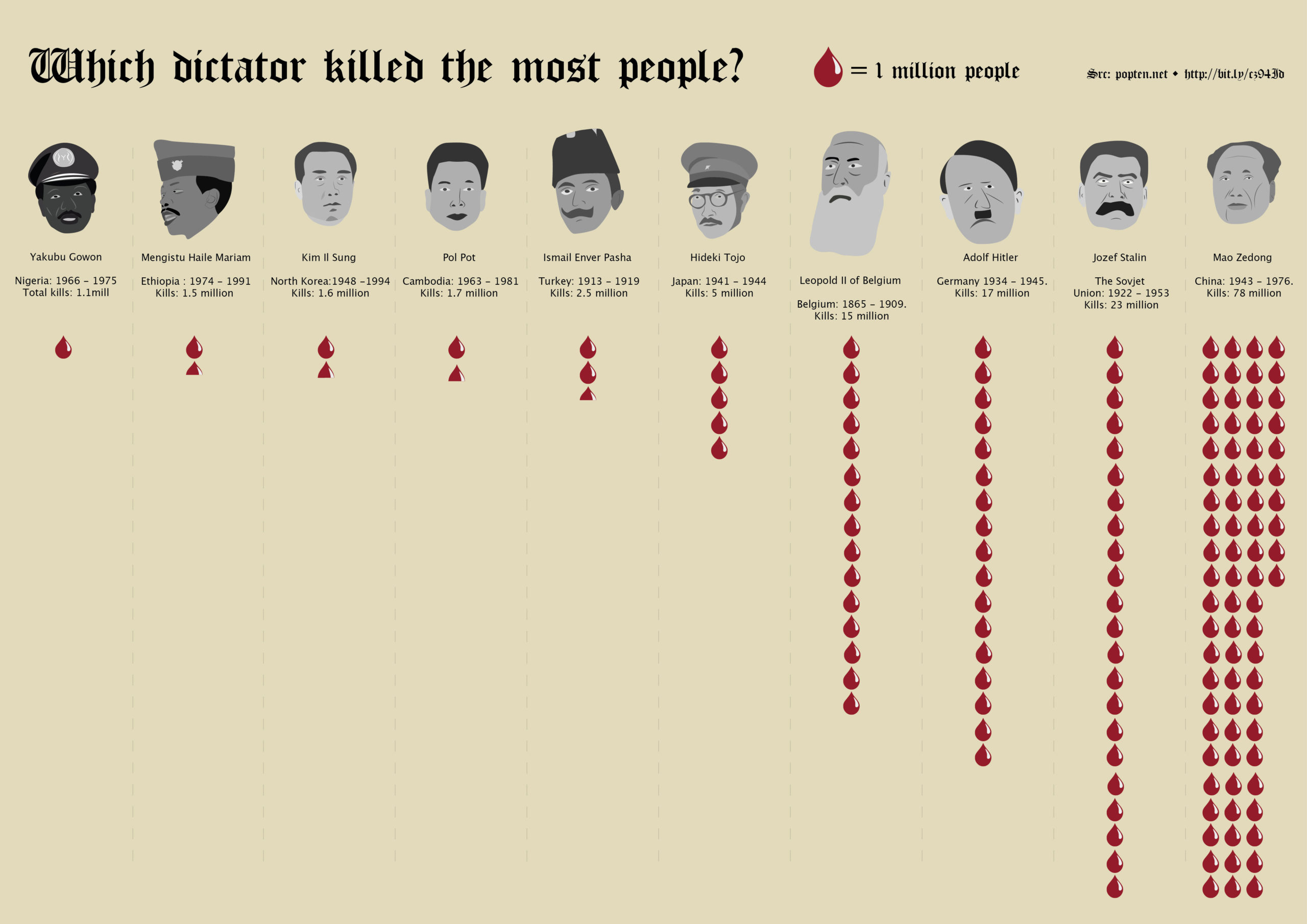