World’s Most Disgusting Dress is Made of Pubic Hair 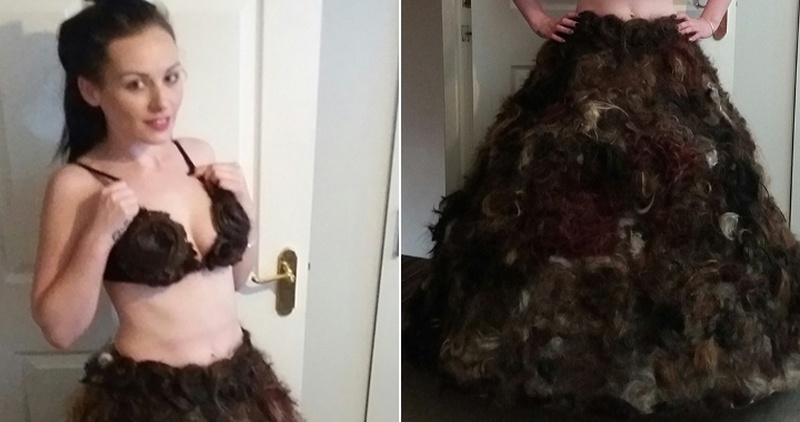 This pubic (public?) hair costume recently revealed by designer Sarah Louise Bryan is made of pubic hair donated to her via her Twitter page. The haute “cooch-ure” piece was meant to outdo Lady Gaga’s infamous meat outfit she wore at the 2010 MTV Video Music Awards.

Bryan told HuffPost she got the donated hair mostly from British men “plus the odd American,” who sent her the hair in envelopes. It took six months to collect enough pubic hair to make the dress. 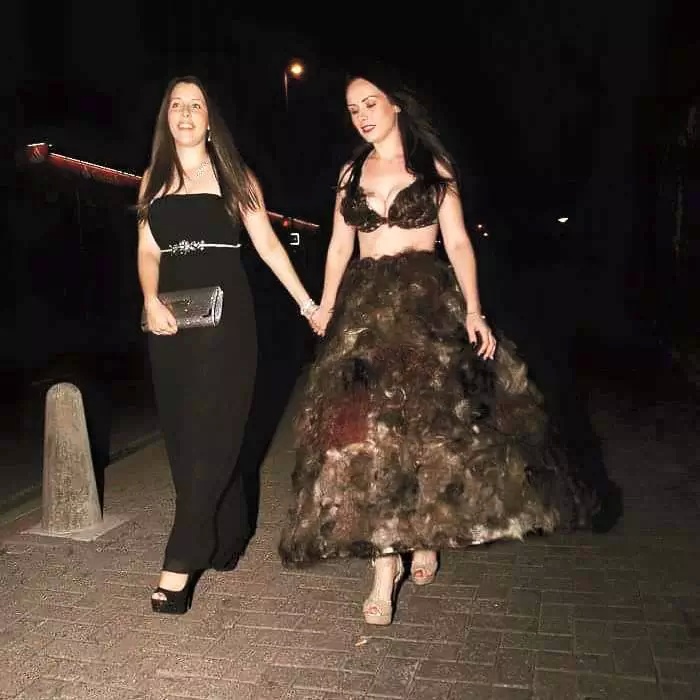 She is now collecting sperm donations for her next project, so guys…:

I need sperm donations to use as the glue for my new design. here’s a picture if you need a hand. thanks. pic.twitter.com/3fVshUgH7B